Personal season route tickets are issued for travelling by KM trains for routes up to 200 km. A season ticket entitled to the unlimited travelling between all the stations of a particular route, including the shortest route or presented in the ticket. A ticket is valid from the date of issue or the date determined by the passenger with reserving the 7-day advance sale.

A route ticket can be one-way or return. Before using a ticket the ticket owner is obligated to clearly and durably fill in a ticket by putting the full name as well as the ID card number in the proper place. It is particularly important because a ticket is valid only with an ID card.

Moreover, without the data clearly filled in a ticket is not valid. Only a person whose data are included is entitled to travel on the basis of a route ticket.

Laminating a ticket or extending a validity is not permitted. For lost, damaged, laminated or stolen tickets the carrier does not give a refund or a duplicate, also in case of reporting the loss to the police.

Personal season route tickets can be purchased only in electronic way at the ticket desks and the ticket vending machines (apart from quarterly tickets). 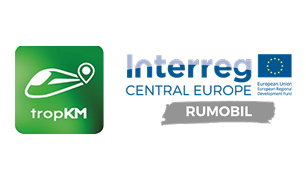